With the holidays surrounding us, many may know friends or family members that have recently announced or will be announcing their engagements. Last December, Kentucky Jersey breeder Brady Core used one of his most special calves as a very important prop to propose to his now wife, Shelby.

“She always loved the baby calves, so I figured I would involve a baby calf for sure,” said Core. Brady grew up on his family’s Registered Jersey Farm, Keightley and Core Jerseys. Together with his parents and sisters, Brady breeds and develops elite cattle that have received recognition in and outside of the show ring.

“The JerseyTag I thought was just a cool addition. So I contacted the USJersey Tag Team about getting that tag made because it matches our tags at home perfectly,” he explained. “Then, I waited for the right calf to be born. I had decided that there had to be something special tied to the calf, so it has a special pedigree.” The calf he chose, KCJF Magician Lovelace, is special on both the top and bottom side of her pedigree for Keightley and Core Jerseys.

A maternal descendent of KJF Renaissance Lacy {6}, Excellent-96%, “Lovelace” was an easy pick for Brady when the time came. “Lacy” was very special to Brady and his family, as she was named the Junior National Grand Champion of the All American Junior Jersey Show four years in a row. She is the only cow to ever claim the honor that many times, as well as also one of the few Registered Jersey cows to receive the elite appraisal score of Excellent-96%.

“Lovelace” is sired by KCJF Hired Magician, GJPI -71. “Magician” is the first bull the Core family has placed into stud at Select Sires. He is a SV Jade Hired Gun-ET from an Excellent-95% “Regency” who is a daughter of KCJF Sambo Molly, Excellent-94%. Another cow family near and dear to the Cores’ hearts.

When asked if he had help with the proposal, Core chuckled and said, “I’m pretty secretive, but I kind of had some help at the last minute. I had it pretty well done with a straw pen in the barn at home and calf in there. I also had some decorations, her cousin helped me with that part.” Overall, Brady’s proposal must have went over very well, as he and Shelby were united in marriage this September. The couple incorporated his dairy background by having a milk toast during their wedding day celebration.

What’s Ahead for Milk Pricing?

AJCA and NAJ Directors to be Elected 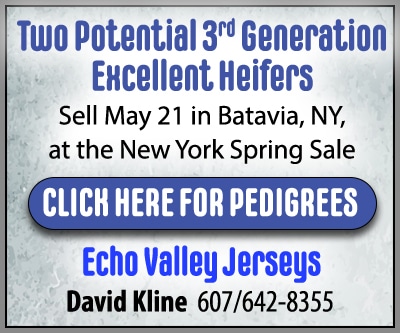 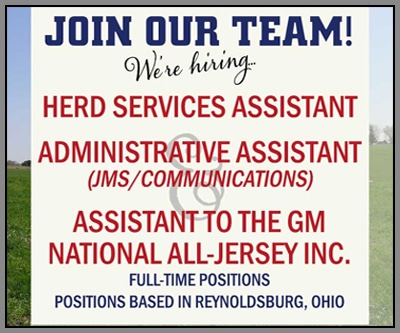