The Board of Directors of the American Jersey Cattle Association (AJCA) has named two recipients of the Young Jersey Breeder Award for 2022. They are Abe and Katrina Cobb, Perkins, Okla., and Nathan Rassau, Enon Valley, Pa.

The first Young Jersey Breeder Awards were presented in 1976. Since then, more than 280 producers have received this award, including this year’s recipients.

The Young Jersey Breeder Award is presented to individuals or couples younger than the age of 40 on January 1 of the year nominated who merit recognition for their expertise in dairy farming, breeding Jersey cattle, participation in AJCA and National All-Jersey Inc. (NAJ) programs, and leadership in Jersey and other dairy and agriculture organizations. The honorees will be recognized at the Young Jersey Breeders Banquet to be held in conjunction with the AJCA-NAJ Annual Meetings in Portland, Ore., on June 22, 2022.

Abe and Katrina own Red Dirt Genetics which is home to approximately 80 Jerseys and 20 Guernseys.

The All American Jersey show was where they went on their first date in 2009. With their shared ideals of seeking success in the Jersey breed they began to combine the genetics of both farms after purchasing Abe’s home farm in 2010. “They developed a motto of ‘Addicted to Winning.’

With the passion they have for the Jersey breed, I think they are just getting started,” wrote David Jones, Yale, Okla., in a letter of support.

Both Abe and Katrina were the start of the Jersey breed coming to their family’s farms at a young age. Abe purchased two grade heifers named “Pickle” and “Fickle”. These heifers were the beginning of the famous ‘F’ family that has been continued at Red Dirt Genetics. Part of this family is Red Dirt Premier Frosting, the 2017 Reserve All American Spring Heifer Calf. Katrina had her start with the Jersey breed when she was just four years old and was given her first Jersey heifer. Jerseys were then incorporated into On The Go Farms, where they contributed great success. One highlight of this success is On The Go Vindication I Am So Good, Excellent-95%.

Along with caring for their own herd daily, the couple also boards cattle for clients under the title Red Dirt Boarding. Through this they were able to have a hand in developing 12 All Breeds Access All American nominees. Along with boarding, the Cobbs also sell their milk to Dairy Farmers of America. They are able to produce a high-quality product from high type cattle. Their top priority is cattle comfort. The pair has worked to achieve this by building a new show barn with 12 tie stalls and six box stalls. This barn features large fans for ventilation and is fully insulated for improved comfort during both summer and winter weather.

While being successful in the show ring is a standout of Red Dirt Genetics herd, the Cobbs also are very involved in leadership positions within their state dairy industry. Katrina is the president of Sooner State Dairy Show. This is the only all junior dairy show in Oklahoma. They are growing this event to help the local dairy youth. They have hosted the Oklahoma Jersey field day at the farm three times for lunch and a judging contest. As part of their youth involvement the couple sells or leases 10 head on average to kids to support their goal of being successful in the show ring.
One of the benefits of REAP is appraisal. The herd has an appraisal average of 89.4%. They have bred or developed 58 Excellent cows to date. The actual average is 15,997 lbs. milk, 578 lbs. fat, and 475 lbs. protein on 48 cows.

Nathan Rassau of N-Joy Jerseys got his start with the breed in his first year of 4-H with a Jersey calf named “Diamond”. Nathan has developed many great cows, but his first Excellent-90% was Rassau Farm Remake Joy. She became a foundation cow for the herd with several descendants. The prefix “N-Joy Jerseys” was developed in 2014. This prefix is still used today by Nathan and his wife, Cassie.

“Those who know him are constantly impressed with his passion not just for dairying, but for the breed,” wrote Jessica Peters, Meadville, Pa., PJCA Executive Secretary, in a letter of support. Nathan has been involved in the Pennsylvania Jersey Cattle Association since he was a part of the youth program.

As part of their youth program, he has previously qualified to travel to the All American Jersey show with Pennsylvania. He also volunteered to care for the state herd during the week for many years. This ended in 2012 when Nathan took the Pennsylvania state herd to Louisville one last time. He is also involved in state Jersey leadership. Nathan has served one term as president for the Jersey District Western Pennsylvania Jersey Breeders Association and is currently on his second term as director for the Pennsylvania Jersey Cattle Association.

WF Barbaro Gracie Excellent-90% is another foundation cow for the herd that has helped Nathan realize some of his goals of improving his herd. “Gracie” was his first cow to reach a lifetime production of 100,000 lbs. of milk. She also has Very Good and Excellent descendants. This includes daughters N-Joy Tequila Grinch, Excellent-90%, N-Joy Golda Grumpy Very Good-88%, granddaughter N-Joy Colton Grinchy, Very Good-85%, and two more daughters and granddaughters with potential to be Excellent.

Michael Dean of Ro-Ann Haven Farm, Chicora, Pa., wrote in his letter of support, “Having a clear vision for the kind of Jersey cattle he wanted to own, Nathan worked diligently to ensure a herd of happy, healthy, high producing cattle for his future.”

In 2013 Nathan moved his Jerseys to Enon Valley to Cassie’s family farm. In 2016 he and Cassie were married and began building their herd together. They milk 150 head of Registered Jerseys, Guernseys, Holsteins, Milking Shorthorns, and Red and Whites. Their October 2021 rolling herd average on the Jerseys was 15,406 lbs. milk, 756 lbs. fat, and 558 lbs. protein on 15 cows. They also farm 400 acres of corn, hay, and grain. Nathan has several roles on the farm ranging from milking, scraping barns, and breeding cows to being the main mechanic at the farm and helping with the crop cultivation.

At the farm they are also very involved in supporting the upcoming generation of dairy enthusiasts by hosting FFA judging contests for local chapters, local 4-H judging team visits, and mentoring 4-Hers with their showmanship and fitting skills. Along with all of these endeavors Nathan also finds time to volunteer twice a year at his local fire department to help with a tractor pull fundraiser. 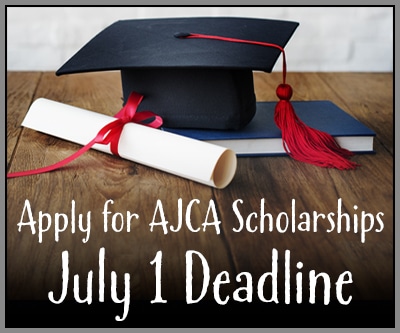